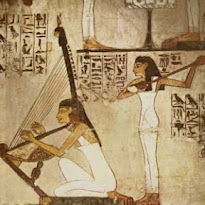 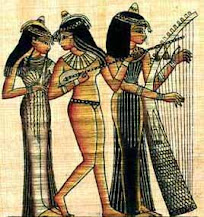 In ancient Egypt, the harp was used in tombs, religious practices, for honoring and entertaining royalty, fertility rites, rebirthing rituals, festivals, and at funerary times. The harp was believed to aid the soul through the transition from the physical life into the afterlife. Harps were depicted on ancient tomb walls as far back as 5,000 years ago. Egyptian hieroglyphs reveal many bow harps painted on the tomb of Pharaoh Ramses III (1198-1166 BC). The ancient Egyptian title Shemayet, "singer" or "chantress of Amun," was bestowed upon an elite class of female musicians who were held in high esteem as gifted singers and instrumentalists. These "temple singer-priestesses" would create music in devotion to gods such as Amun-Re, Hathor, and Bes. 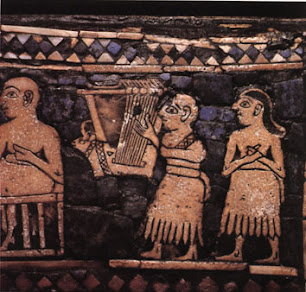 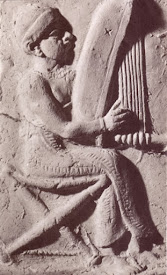 The harp first appears in recorded history around 3500 B.C. in ancient Mesopotamia. Several harps were discovered in the Royal Tombs of Ur. A bearded bull made of real gold and lapis was depicted on the front of some of these ancient harps--representing the sun god Shamesh. According to cunieform texts, Shamash is the divine judge who shines light on all things and is symbolized as the bearded bull. It is said that only Shamash can descend into the underworld and emerge again at sunrise. The imagery of Shamash on the harp indicates that the early Mesopotamians used harp music in funerary rituals to aid the dying through their transition. 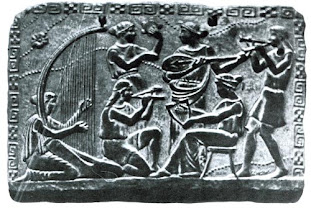 The lyre, an instrument related to the harp, is said to be invented by Hermes (the divine messenger) and given to Apollo--god of healing and music. Hermes used the lyre to communicate messages of the gods. Upon hearing these ethereal melodic messages, Apollo became enchanted by this instrument and Hermes gifted it to him. Apollo would play "medicine songs" to treat illnesses and promote balance.

Pythagoras of Samos (580-511 BC), one of the greatest mathematicians and philosophers known to mankind, understood music to be comprised of mathematical proportions that could be applied in a therapeutic context to facilitate healing and wellbeing. Pythagoras became educated at the Mystery Schools of Delphi and Crontona in ancient Greece, where he was initiated into the knowledge of using specific notes, chords, modes, and melodies of music to directly affect changes in behavior and restore health to one's physical, emotional, mental, and spiritual being. 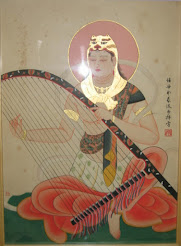 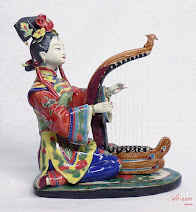 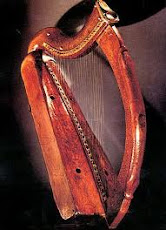 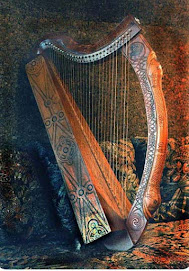 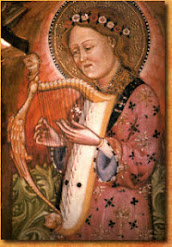 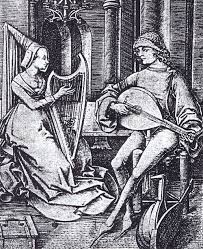 In ancient China, the Konghou (Chinese harp) first appeared in the ancient written texts in 770 BC. These harps were used for rites and ceremonies and were played extensively in many Chinese royal courts.

"Li He, a famous poet at this time, wrote a poem when he heard the Konghou performance of Li Ping, an outstanding royal Konghou player. Here is a brief translation of his poem:

"On a pleasant autumn day, a Konghou made from Wutong trees is played. Hearing this beautiful sound, clouds in the sky stop at once to listen to the artist playing in the Palace. The music is so wonderful. Sometimes many strings are plucked together, creating a sound like jade broken in a landslide of Kunlun Mountain. When only one string is plucked, the sound is like the cry of a phoenix. The sadness expressed is like a weeping lotus with many tears on her face. The happiness is like an orchid that swings with the wind. People listening to this music are so impressed that they forget the chill of the autumn. When the sound of music reaches the heaven, the goddess who is gathering colorful stones to repair the sky forgets her duty. The stones shatter and the heaven pours out a cloudburst. The rabbit in the moon leans against the cassia bark tree, listening to the music even though soaked by the rain.”'--Joy Hoffman & Joyce Rice

In ancient Irish history, there exists numerous tales and myths about harpers and the legendary music of the harp. Irish bards were poets, storytellers, and musicians who were often very skilled on the harp--undergoing apprenticeships that lasted several years. In Scotland, folklore tells of harp playing mermaids, or water sirens, who lure sailors to them with their magical music and siren-like voices. Harp music often accompanied poets who would tell of Irish legends and mythology. These harpers travelled around Ireland, playing music at different homes in exchange for their stay. They often played for royalty and were given high-ranking status among the Celts. One of the most notable of harpers was a blind musician named Turlough Carolan (1670-1738) who traveled around the country on horseback and composed songs for wealthy landowners in return for his stay. His legendary music is still being played today. The harp is so intertwined in Irish history that it is Ireland's national emblem. 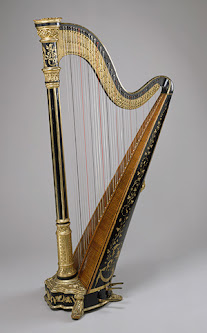 In medieval times, the harp was a favored instrument among the troubadours and wandering minstrels. Similar to the bards, they were poet-musicians. They wrote songs about love, romance, and chivalry, traveling from town to town entertaining.

By the early 1500s until the late 1700s, the British monarchy ordered the destruction of harps, their music, and even execution of the harpers. As a consequence, little music from this era exists today. However, some harpers managed to adapt well and have kept the tradition of creating harp music alive in modern times.

In modern times, there has been a revival of harp music, from classical pedal harps to new electric harps to small Celtic harps--and even the use of harps for therapy! In keeping with the ancient traditions and the folklore of old, Certified Therapeutic Harp Practitioners use the harp to comfort the dying, balance the emotions, and relax the mind. 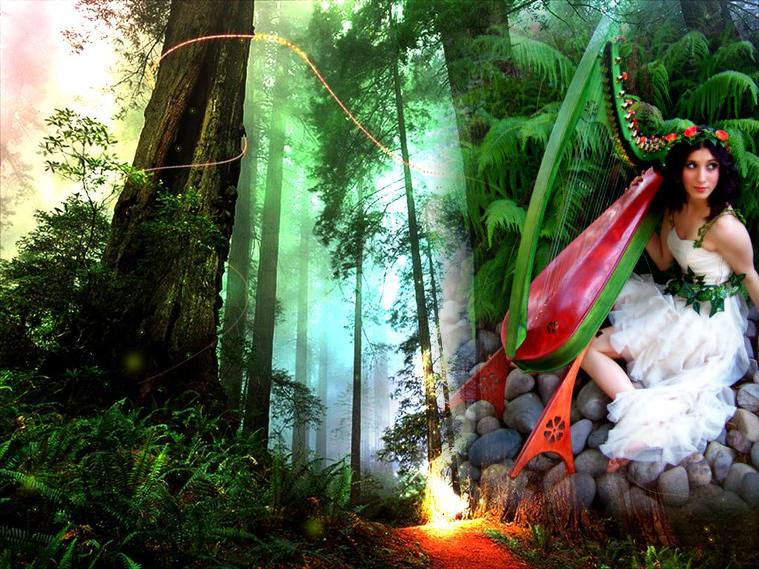